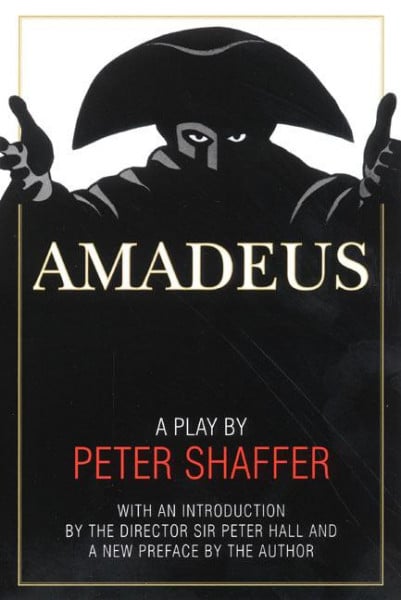 Amadeus: A Play by Peter Shaffer

Amadeus: A Play by Peter Shaffer

0riginating at the National Theatre of Great Britain, Amadeus was the recipient of both the Evening Standard Drama Award and the Theatre Critics Award. In the United States, the play won the coveted Tony Award and went on to become a critically acclaimed major motion picture winning eight Oscars, including Best Picture.Now, this extraordinary work about the life of Wolfgang Amadeus Mozart is available with a new preface by Peter Shaffer and a new introduction by the director of the 1998 Broadway revival, Sir Peter Hall. Amadeus is a must-have for classical music buffs, theatre lovers, and aficionados of historical fiction. von Shaffer, Peter

Peter Shaffer is a dramatist familiar to American audiences as the author of Equus and of a string of other theatrical successes: Five Finger Exercise, the Private Ear and the Public Eye, The Royal Hunt of the Sun and Black Comedy.