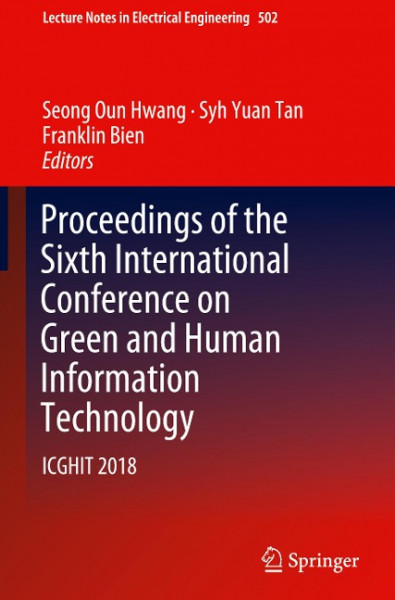 Seong Oun Hwang received the BS degree in Mathematics in 1993 from the Seoul National University, the MS degree in Computer and Communications Engineering in 1998 from the Pohang University of Science and Technology, and the PhD degree in Computer Science from the Korea Advanced Institute of Science and Technology. He worked as a software engineer at the LG-CNS Systems, Inc. from 1994 to 1996. He worked as a senior researcher at the Electronics and Telecommunications Research Institute (ETRI) from 1998 to 2007. Since 2008, he has been working as an associate professor with the Department of Computer and Information Communication Engineering, Hongik University, Korea. His research interests include cryptography, cyber security and mobile network. He is a senior member of IEEE and IEEE Communications Society. He is also a lifelong member of IEEK (Institute of Electronics and Information Engineers) and KIISC (Korea Institute of Information Security and Cryptology). He has served as a director in IEEK Computer Society and led the commission of information security in the IEEK Computer Society. He has served as a committee member of international conferences including ICGHIT. He has been an editor at ETRI Journal, International Journal of Advanced Research in Computer and Information Security, International Journal of Software Engineering, and Journal of Security Engineering Research Support Center. He has also been the reviewers for international journals such as IEEE Computer, IEEE Dependable and Secure Computing, Security and Communications Network, Journal of Communications and Networks, Journal of Systems and Software, Nonlinear Dynamics, Computer and Communications, and Wireless Personal Communications.Syh-Yuan Tan received his B.I.T (Hons) in Software Engineering and M.Sc. (IT) from Multimedia University in 2007 and 2010 respectively, before his PhD in Engineering from Universiti Tunku Abdul Rahman in 2015. He is currently attached to the Faculty of Information Science and Technology, Multimedia University as a senior lecturer, as well as the head of Cryptography and Network Security group at the University Research Centre of Information Security. His research interests include cryptography and information security, particularly on the provable security techniques. He is also a member of the Malaysian Society for Cryptology Research. Besides serving as a committee of Protection Profile Working Group under Malaysian Common Criteria Evaluation and Certification (MyCC) Scheme since 2013, he is a member of the Malaysia National Mirror Committee for ISO/IEC on Cryptography and Security Mechanisms, as well as a committee of the Malaysia cryptographic standards (MySEAL). He has also been the reviewers for The Computer Journal, Security and Communication Networks, Applied Mathematics & Information Sciences, IEEE Transactions on Information Forensics and Security, Journal of Information Sciences, KSII Transactions on Internet and Information Systems, and Journal of Information Security and Applications. Franklin Bien (M03-SM14) received B.S. in Electronics Engineering at Yonsei University, Seoul, Korea in 1997, and M.S. and Ph.D. in Electrical and Computer Engineering at Georgia Institute of Technology, Atlanta, GA in 2000 and 2006, respectively. Dr. Bien is currently an Associate Professor in the School of Electrical and Computer Engineering at Ulsan National Institute of Science and Technology (UNIST), Ulsan, Korea. Prior to joining UNIST in 2009, Prof. Bien was with Staccato Communications, San Diego, CA as a Senior IC Design Engineer working on analog/mixed-signal IC and RF front-end blocks for Ultra-Wideband (UWB) products such as Wireless-USB in 65nm CMOS technologies. His responsibilities included to design wide-band VCOs, 16-GHz PLL, VGA, and other low power clocking circuits. Prior to working at Staccato communications, he was with Agilent Technologies and Quellan Inc., developing transceiver ICs for enterprise segments that improve the speed and reach of wire-line communication channels in consumer, broadcast, enterprise and computing markets.