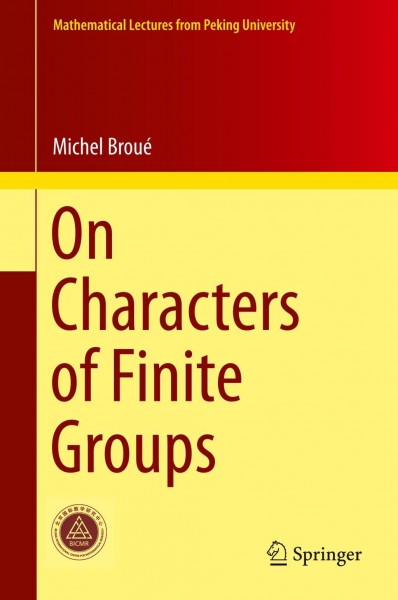 On Characters of Finite Groups

On Characters of Finite Groups

This book explores the classical and beautiful character theory of finite groups. It does it by using some rudiments of the language of categories. Originally emerging from two courses offered at Peking University (PKU), primarily for third-year students, it is now better suited for graduate courses, and provides broader coverage than books that focus almost exclusively on groups.The book presents the basic tools, notions and theorems of character theory (including a new treatment of the control of fusion and isometries), and introduces readers to the categorical language at several levels. It includes and proves the major results on characteristic zero representations without any assumptions about the base field. The book includes a dedicated chapter on graded representations and applications of polynomial invariants of finite groups, and its closing chapter addresses the more recent notion of the Drinfeld double of a finite group and the corresponding representation of GL_2(Z). von Broué, Michel

Michel Broué is Emeritus Exceptional Professor of Mathematics at the University Paris-Diderot Paris 7. He has been the Director of the Institut Henri-Poincaré in Paris (1999-2009), and the Director of the Department of Mathematics and Computer Science (DMI) at the École normale supérieure (1986-1993) He is a Foreign Honorary Member of the American Academy of Arts and Sciences, a Fellow of the American Mathematical Society, a Senior Member of the Institut Universitaire de France, and a frequent visitor to many institutions in the world. He is the Editor-in-chief of the Journal of Algebra, and a member of several editorial boards. His main research area is Algebra and Representation Theory, in particular of finite and algebraic groups.