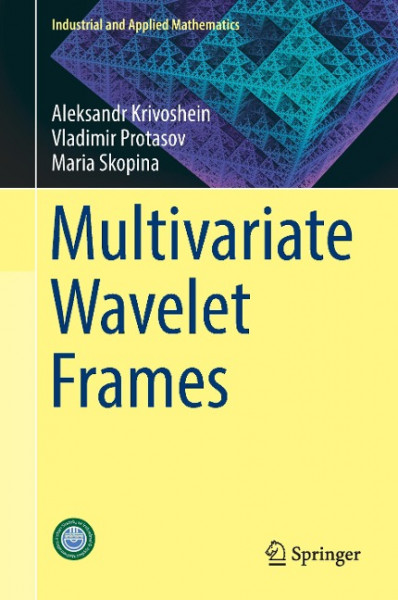 This book presents a systematic study of multivariate wavelet frames with matrix dilation, in particular, orthogonal and bi-orthogonal bases, which are a special case of frames. Further, it provides algorithmic methods for the construction of dual and tight wavelet frames with a desirable approximation order, namely compactly supported wavelet frames, which are commonly required by engineers. It particularly focuses on methods of constructing them. Wavelet bases and frames are actively used in numerous applications such as audio and graphic signal processing, compression and transmission of information. They are especially useful in image recovery from incomplete observed data due to the redundancy of frame systems. The construction of multivariate wavelet frames, especially bases, with desirable properties remains a challenging problem as although a general scheme of construction is well known, its practical implementation in the multidimensional setting is difficult. Another important feature of wavelet is symmetry. Different kinds of wavelet symmetry are required in various applications, since they preserve linear phase properties and also allow symmetric boundary conditions in wavelet algorithms, which normally deliver better performance. The authors discuss how to provide H-symmetry, where H is an arbitrary symmetry group, for wavelet bases and frames. The book also studies so-called frame-like wavelet systems, which preserve many important properties of frames and can often be used in their place, as well as their approximation properties. The matrix method of computing the regularity of refinable function from the univariate case is extended to multivariate refinement equations with arbitrary dilation matrices. This makes it possible to find the exact values of the Hölder exponent of refinable functions and to make a very refine analysis of their moduli of continuity. von Skopina, Maria und Krivoshein, Aleksandr und Protasov, Vladimir