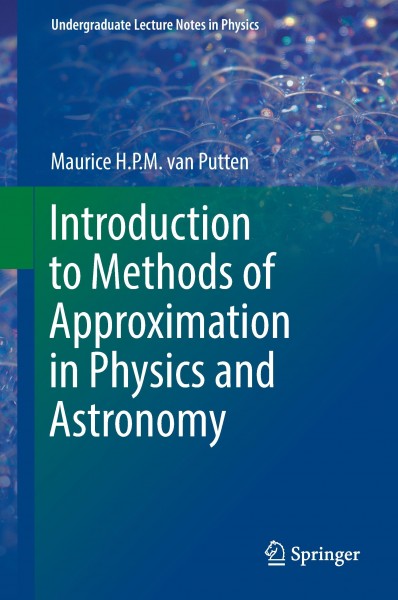 Introduction to Methods of Approximation in Physics and Astronomy

Introduction to Methods of Approximation in Physics and Astronomy

This textbook provides students with a solid introduction to the techniques of approximation commonly used in data analysis across physics and astronomy. The choice of methods included is based on their usefulness and educational value, their applicability to a broad range of problems and their utility in highlighting key mathematical concepts. Modern astronomy reveals an evolving universe rife with transient sources, mostly discovered - few predicted - in multi-wavelength observations. Our window of observations now includes electromagnetic radiation, gravitational waves and neutrinos. For the practicing astronomer, these are highly interdisciplinary developments that pose a novel challenge to be well-versed in astroparticle physics and data-analysis.The book is organized to be largely self-contained, starting from basic concepts and techniques in the formulation of problems and methods of approximation commonly used in computation and numerical analysis. This includes root finding, integration, signal detection algorithms involving the Fourier transform and examples of numerical integration of ordinary differential equations and some illustrative aspects of modern computational implementation. Some of the topics highlighted introduce the reader to selected problems with comments on numerical methods and implementation on modern platforms including CPU-GPU computing.Developed from lectures on mathematical physics in astronomy to advanced undergraduate and beginning graduate students, this book will be a valuable guide for students and a useful reference for practicing researchers. To aid understanding, exercises are included at the end of each chapter. Furthermore, some of the exercises are tailored to introduce modern symbolic computation. von Putten, Maurice H. P. M. van

MAURICE H. P. M. VAN PUTTEN is a Professor of Physics and Astronomy at Sejong University and an Associate Member of the School of Physics, Korea Institute for Advanced Study. He received his Ph.D. from the California Institute of Technology and held postdoctoral research positions at the Institute for Theoretical Physics at the University of California, Santa Barbara, and the Center for Radiophysics and Space Research at Cornell University. He held faculty positions at the Massachusetts Institute of Technology, Nanjing University and the Institute for Advanced Studies at CNRS-Orleans. His current research focus is on multimessenger emissions from rotating black holes including gravitational radiation from core-collapse supernovae and long gamma-ray bursts, Ultra-High Energy Cosmic Rays (UHECRs) from Seyfert galxies, dynamical dark energy in cosmology and hyperbolic formulations of general relativity and relativistic magneto-hydrodynamics.