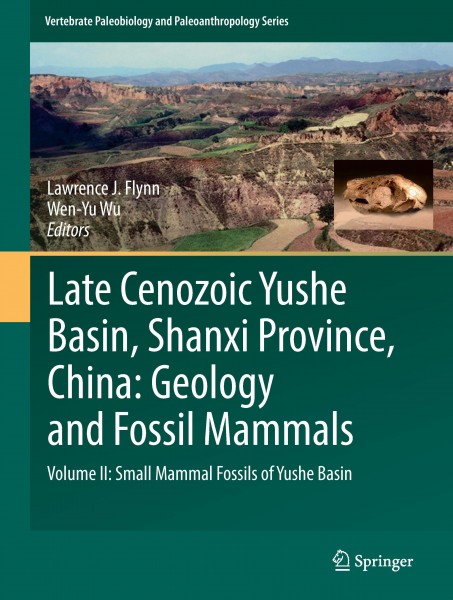 This volume focuses on small mammal fossils from extinct Asian faunas of about 1 to 7 million years ago in North China. These played a role in the emergence of vertebrate paleontology as a modern science in that country. This second volume of the sub-series Late Cenozoic Yushe Basin, Shanxi Province, China: Geology and Fossil Mammals in the Vertebrate Paleobiology and Paleoanthropology book series deals with a rich microfauna fossil record; megafauna follow in subsequent volumes. This research on Yushe Basin fossils provides a view of changes in northeast Asian terrestrial faunas during the Late Neogene, and therefore is a key to the biochronology for a vast part of the continent. The faunas recovered by the multinational team working in this region represent changes in small mammal communities of the Yushe Basin, revealed on a finer time scale that has not been achieved previously. Detailed systematic studies on small mammal groups proceeded under the care of specialists are outlined in the chapters of this volume. Paleontologists, ecologists and evolutionary biologists will find this book appealing. von J. Flynn, Lawrence und Wu, Wen-Y

Dr. Lawrence J. Flynn is Assistant Director of the American School of Prehistoric Research at the Department of Human Evolutionary Biology, Harvard University in Cambridge, Massachusetts. Dr. Wen-Yu Wu is a researcher at the Laboratory of Paleomammalogy, Institute of Vertebrate Paleontology and Paleoanthropology at the Chinese Academy of Sciences in Beijing.