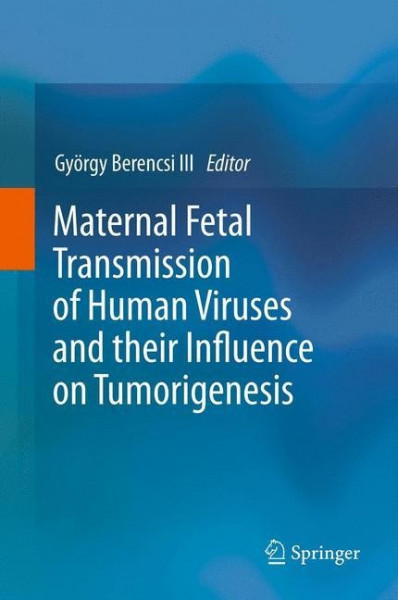 Maternal Fetal Transmission of Human Viruses and their Influence on Tumorigenesis

Maternal Fetal Transmission of Human Viruses and their Influence on Tumorigenesis

The human foetus is separated from the maternal blood by the syncytiotrophoblast induced by endogeneous human retrovirus-encoded proteins. This barrier is a highly developed one, which suppors apical-basolateral transport of maternal idiotype and anti-idiotype IgG, IgG-virus complexes. The selective maternal-fetal transport of epitope- and paratope-bearing entities can influence the developping fetal immune system during pregnancy. The bidirectional maternal-fetal transfer of cells are of even more importance during pregnancy. Maternal cells with latent viruses transport viruses without impairment of fetal development. Cells with premaligant and malignant genetic transformation are also transported to the fetus. Fetal and neonatal tumours are initiated by such cells in spite of the antitumour potential of fetal organism. On the contary, the fetal cells repair maternal tissue injouries and survive in the organisms of the recipients for decades. These possess new consequences for the neonatal immunity and organ transplatation surgery. von Berencsi, György