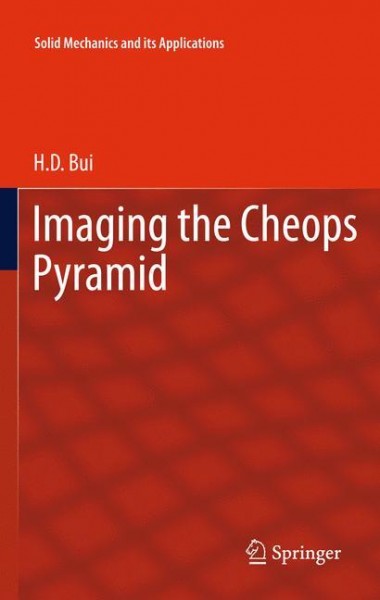 In this book Egyptian Archeology  and Mathematics meet. The author is an expert in theories and applications in Solid Mechanics and Inverse Problems, a former professor at Ecole Polytechnique and now works with Electricité de France on maintenance operations on nuclear power plants. In the Autumn of 1986, after the end of the operation on the King's chamber conducted under the Technological and Scientific Sponsorship of EDF, to locate a cavity, he was called to solve a mathematical inverse problem, to find the unknown tomb of the King and the density structure of the whole pyramid based on measurements of microgravity made inside and outside of the pyramid. This book recounts the various search operations on the pyramid of Cheops made at the request of the Egyptian and French authorities in 1986-1987. After the premature end of the Cheops operation in the Autumn of 1986, following the fiasco of unsuccessful drillings in the area suspected by both architects G. Dormion and J.P. Goidin and microgravity auscultation, EDF and CPGF (a geophysical company) teams continued their researches with measurements already made, trying this time an inversion of the Newton gravity equation for the entire pyramid and using another theoretical team led by the author. The inverse problem solution confirmed the results of auscultations, but found no cavity. However, the image of the average density at the surface of the entire pyramid forms a sort of square "spiral" probably related to the construction method. In 2000, Jean-Pierre Houdin considered the author's results of 1988 as a confirmation of his theory of the internal ramp tunnel. Since then the author has done additional research and found that classical theories of the construction based on degrees and the particular mode of stones filling can also report the same densitogram. The book is richly illustrated with color figures. It is dotted with information concerning  Physics, Mechanics and the History of Egyptian Antiquities. The book ends with the greatest mystery of the pyramid about the unknown tomb of the King and a dream to see the tomb at an unexpected place. von Bui, Huy Duong