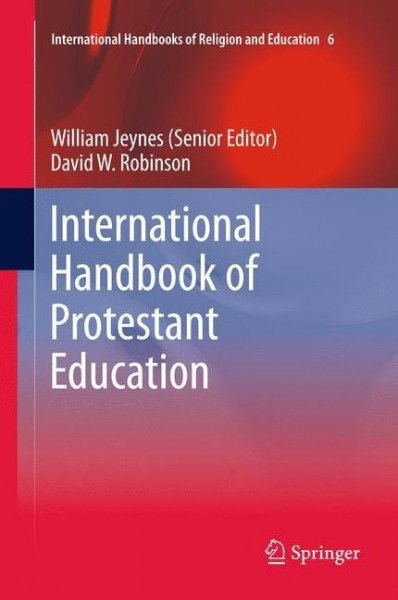 Since their earliest days, institutions providing a Protestant education have always been respected and sought-after for their rigor and relative freedom from dogma-and despite today's secularism and plurality, they remain so. This international handbook is the ultimate companion to protestant schooling worldwide. Its 39 chapters form the most comprehensive and wide-ranging treatment of the subject yet available, addressing Protestant education on all six inhabited continents and featuring the perspectives of leading authorities and public figures.The contributions cover in detail not only the facts and features of Protestant schooling in sundry nations, but also integrate a range of themes common to them all, themes so vital that they are of central concern to Christians around the world and of whatever denomination. Some of these topics are school choice, globalization, Bible pedagogy and character education, the fine arts, parental involvement, and the rise of Christianity in previously inaccessible locations such as China.The handbook's stellar list of authors is a Who's Who of authorities on the subject and includes a renowned American evangelical, a former historian of the US House of Representatives, and White House consultants responsible for framing legislation. The many contributors from outside the USA are leading academics conducting seminal research on numerous topics in the field. Both exhaustive and authoritative, The International Handbook of Protestant Educationwill be an invaluable asset to educators, ministers, parents, policy makers political leaders of any denomination-or none. von Jeynes, William und Robinson, David W.

William Jeynes is a Senior Fellow at the Witherspoon Institute in Princeton, New Jersey, and a Non-Resident Scholar at Baylor University. He is also a Professor at California State University, Long Beach. David Robinson has been serving as a teacher, administrator, researcher and scholar for over thirty years and is now a member of the doctoral teaching faculty at George Fox University and the graduate and undergraduate faculty of Marylhurst University.