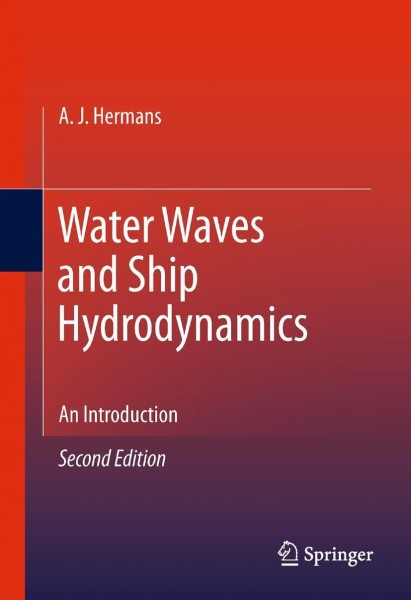 In this book an introduction is given to aspects of water waves that play a role in ship hydrodynamics and offshore engineering. At first the equations and linearized boundary conditions are derived describing the non-viscous free surface water waves, with special attention to the combination of steady and non-steady flow fields. Then some simple kinds of free wave solutions are derived, such as plane waves and cylindrical waves. For several situations, steady and unsteady, the source singularity function is derived. These functions play a role in numerical codes used to describe the motion of ships and offshore structures. These codes are mostly based on a boundary integral formulation; therefore we give an introduction to these methods. It is shown how first order ship motions can be determined. In offshore engineering the second order wave drift motions play an important role. An introduction to this phenomenon is given and the effects which have to be taken into account are explained by means of a simple example where we can determine nearly all the aspects analytically. An interesting example that is worked out is the motion of very large floating flexible platforms with finite draft. Finally an introduction to the theory of shallow water non-linear dispersive waves is presented, and shallow water ship hydrodynamics, that plays a role in coastal areas and channels is treated. Here attention is paid to the interaction between passing ships in restricted water. In the appendix a short introduction to some of the mathematical tools is given. von Hermans, A. J.