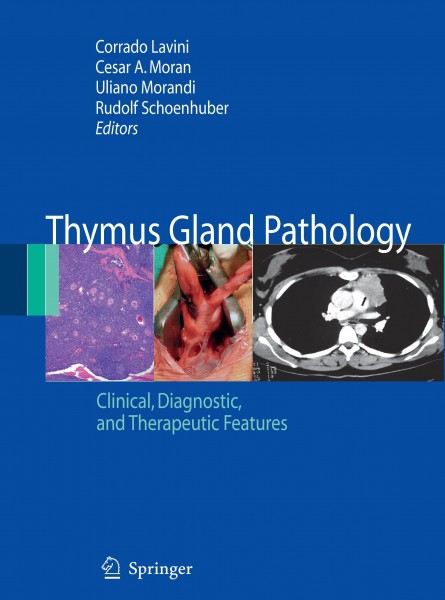 The thymus is a gland that over the last two centuries has generated great awareness not only from the anatomical perspective but also for the physiological and pat- logical roles it plays in many disease processes. Prior to the early studies on its th anatomy and physiology in the 18 century, the thymus was believed to perform - usual and curious functions such as purification of the nervous system, providing a protective cushion for the vasculature of the superior mediastinum, fetal nouri- ment, or more spiritual roles such as being the seat of the soul, among others. D- th ing the 19 century important anatomical/physiological studies took place focusing on the role of the thymus in pathological conditions. However, it was not until the th middle of the 19 century that a more comprehensive analysis of the role of the thymic gland and its role in pathogenesis began to emerge. Currently, while the knowledge gained on the diverse aspects of the thymic gland has furthered our understanding of its role in a gamut of processes, more knowledge is still being sought, and by no means is a full understanding of the gland's physi- ogy and pathology complete. Different aspects, including its purported endocrine function, its association with other autoimmune diseases like multiple sclerosis, rheumatoid arthritis, and lupus erythematosus, among others, are under evaluation and research. von Lavini, Corrado