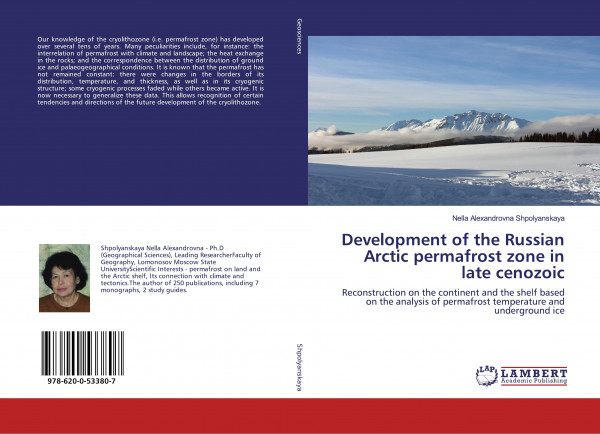 Development of the Russian Arctic permafrost zone in late cenozoic

Our knowledge of the cryolithozone (i.e. permafrost zone) has developed over several tens of years. Many peculiarities include, for instance: the interrelation of permafrost with climate and landscape; the heat exchange in the rocks; and the correspondence between the distribution of ground ice and palaeogeographical conditions. It is known that the permafrost has not remained constant: there were changes in the borders of its distribution, temperature, and thickness, as well as in its cryogenic structure; some cryogenic processes faded while others became active. It is now necessary to generalize these data. This allows recognition of certain tendencies and directions of the future development of the cryolithozone. von Shpolyanskaya, Nella Alexandrovna