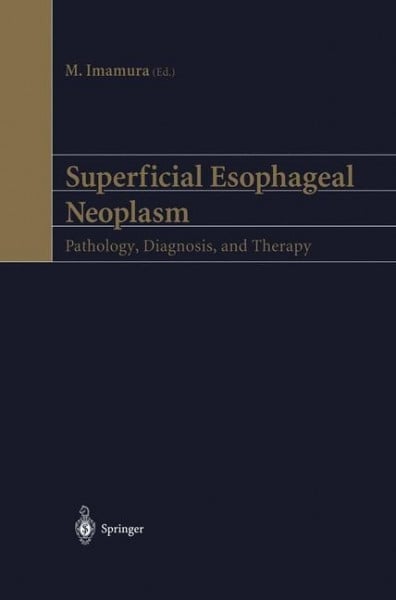 This book, containing the proceedings of the 2000 Kyoto Symposium on Esophageal Cancer, is an important contribution for all types of physicians interested in both squamous and adenocarcinoma of the esophagus. The volume has great legitimacy and relevance. The symposia hosted by Professor Masayuki Imamura brought together the leaders in several disciplines from Japan with other acknowledged authorities from Europe, the United States, Australia, and other parts of Asia. Japan has long been a leader in making advances in understanding the pathology, diagnosis, and treatment of esophageal squamous cell carcinoma, for several decades originally led by Professor Komei Nakayama and his students. It is now clear that Japanese are also beginning to suffer from esophageal adenocarcinoma and Barrett's columnar lined epithelium, thus enabling the Japanese to formulate studies on the pathology, diagnosis, and treatment for the full spectrum of esophageal neoplasms. The authoritativeness of these proceedings is established not only by the long tradi­ tion of Japanese leadership in the field but by the contributions of the principal leaders from the Nakayama school participating in the honorary faculty and local scientific committee. von Imamura, M.