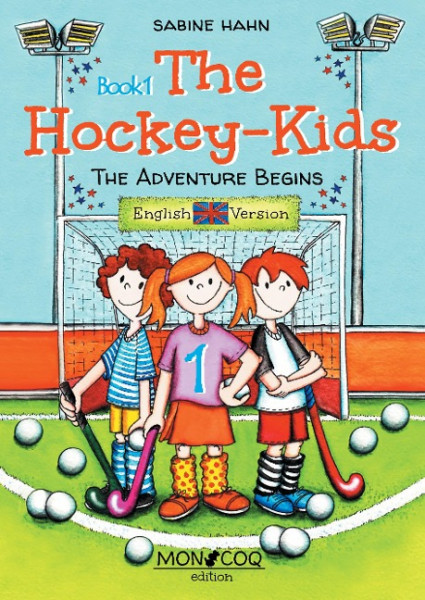 Lena, Max & Lars are speechless:Of all people to get landed with, the three friends find themselves in the new hockey project with Lena`s cheeky little brother and Tom, the show-off from the soccer club.Things couldn`t get much worse than that! Or could they?What other reasons could they have for secret meetings in the school yard, and what do Tom`s red ears mean?Join them in "The Adventure Begins", the first book in the Hockey-Kids series, when - despite lots of amusing setbacks - a team comes together, the like of which has never seen before!A fascinating adventure all about friendship, school and the greatest sport in the world - hockey!While there are numerous children`s books dedicated to football, The Hockey-Kids gives young readers a chance to discover the wonderful world of hockey. With 100 pages and lots of charming illustrations - also the author`s work - this series is particularly suitable for primary school pupils, whether they are new to hockey or already young hockey players.An inspiring foreword by international FIH elite coach Chris Faust and a motivating epilogue by Marijke Fleuren, President European Hockey Federation, complete the exciting adventure experienced by the three little friends Lena, Max & Lars, and arouse interest in this sport. von Hahn, Sabine