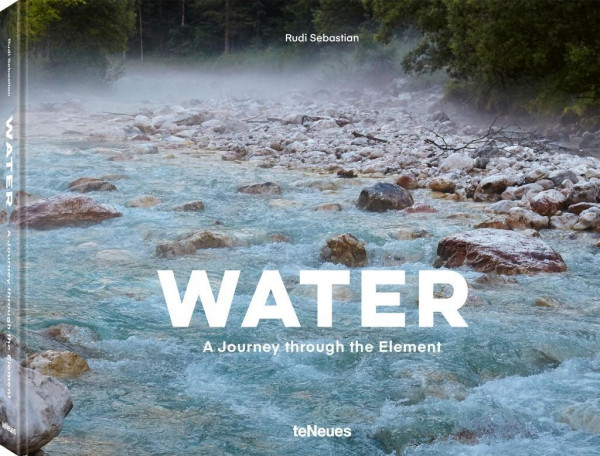 Water
A Journey through the Element

Sprachen: Deutsch, Englisch Format: 30 x 23,5 cm, 288 Seiten A large-format photographic book presenting water in all its diversity and beauty. With fascinating texts on the natural history of water on earth. Where does it come from? What role has it played in the emergence of life? An original gift for science buffs, nature lovers, and photography enthusiasts alike. Water. The origin of life. The stroke of luck among cosmic coincidences. The chameleon of molecules that makes all the difference. Every living entity depends on its existence. Yet in and of itself, water appears rather modest. Colorless and tasteless, it is only in its environment that water comes to life, receiving color through the reflection of the sky, and dynamism in its movement along rivers, over mountains, oceans, and plains. Photographer Rudi Sebastian has dedicated his photographic life to water in all its forms. For the last few years he has traveled the globe to capture every imaginable facet of this essential substance in all its liquid, gaseous, and solid forms. The result is an exquisite photographic book that presents an unprecedented spectrum of this miracle substance-from a pond to the endless expanse of the Pacific, from the ice of the polar regions to the salt-encrusted lakes of the great deserts. Taking stylistic inspiration from Monet and classical modernism, Sebastian's images ripple with texture and ever-moving colors. His waterscapes are as vivid as the substance itself, a rich tribute to the planet's life force. Accompanying texts reveal the natural history and wonders of water on earth. Where did it come from? What role has it played in the emergence of life? von Sebastian, Rudi