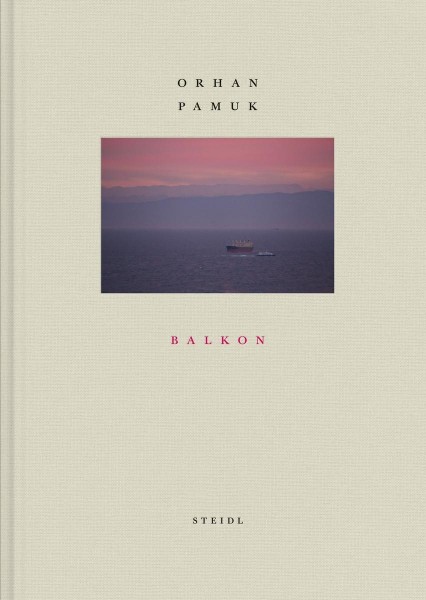 In the winter of 2011 Nobel-Prize-winning Turkish novelist Orhan Pamuk took 8,500 color photographs from his balcony with its panoramic view of Istanbul, the entrance of the Bosphorus, the old town, the Asian and European sides of the city, the surrounding hills, and the distant islands and mountains. Sometimes he would leave his writing desk and follow the movements of the boats as they passed in front of his apartment and sailed far away. As Pamuk obsessively created these images he felt his desire to do so was related to a strange particular mood he was experiencing. He photographed further and began to think about what was happening to himself: Why was he taking these photos? How are seeing and photography related? What is the affinity between writing and seeing? Why do we enjoy looking at landscapes and landscape photographs? Balkon presents almost 500 of these photos selected by Pamuk, who has also co-designed the book and written its introduction. von Pamuk, Orhan und Oklap, Eki

Orhan Pamuk is a writer-artist who won the Nobel Prize for Literature in 2006. Born in Istanbul in 1952, Pamuk intended until the age of 22 to be a painter and was thus encouraged by his family. In the 1960s and '70s, as he describes in his book of autobiographical essays Istanbul (2003), he photographed the streets ofIstanbul to use in his paintings; his early desire to take photos is explored in the introduction to the illustrated version of Istanbul (2017). The Museum of Innocence is both a novel Pamuk published in 2008 and a museum he opened in Istanbul in 2012 that exhibits the objects, pictures, papers and photographs described in the story. The Museum of Innocence received the European Museum of the Year Award in 2014. Pamuk has now been taking photos for over fifty years.