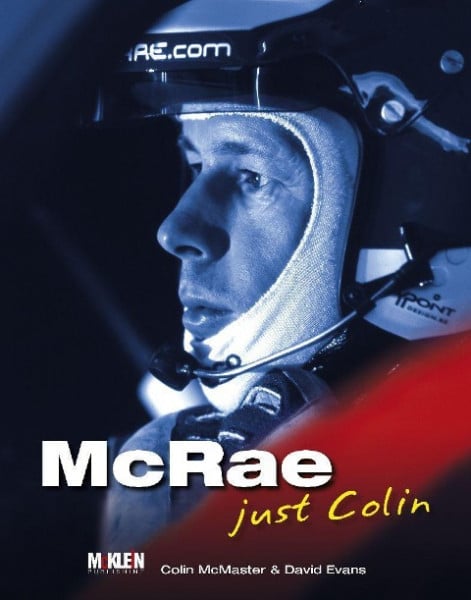 Colin McRae, the 1995 World Rally Champion, was the most spectacular rally driver. His natural speed and win-or-bust approach made him the favourite of rally fans worldwide. The word McRae became superfl uous in the end, Colin was... just Colin. On rally stages, the words: "Colin's coming...¿ meant one thing - the spectators looked longer, harder and took a cautious step backwards, just in case. Colin drove for a variety of top teams including Ford, Citroën, Ferrari, Nissan and ¿koda. However this fl ying-Scotsman is best remembered for his exploits in blue and yellow Subarus. Away from driving, Colin brought rallying to a younger generation as the fi gurehead of a successful computer game bearing his name. Colin McRae had two well-known sayings, one being: "If in doubt, fl at out¿ and the other: "We're here for a good time, not a long time.¿ Sadly the latter became all too true, when on September 15, 2007 the 39-year-old Scot was killed instantly in a helicopter accident. This book details the real Colin McRae, from his humble beginnings to global fame through world championship success. It explains his natural talent, fl amboyant driving style and epic wins as well as his rivalries, friendships and spectacular crashes. This book uncovers every aspect of Colin's character, with a collection of personal stories, told by family and friends who knew him best. And there are the previously untold stories,like the time Prince William asked to meet the Scot. McRae - Just Colin provides a rare insight into McRae's infectious personality. McKlein Photography, and in particular another Colin [McMaster], worked closely with McRae throughout his rally career. The best of McKlein's photo archive has been used to lavishly illustrate all these fascinating stories. Much of the private and behind-the-scenes photography shown in this book has never previously been published. von McMaster, Colin und Evans, David und McKlein und Klein, Reinhard und McMaster, Coli