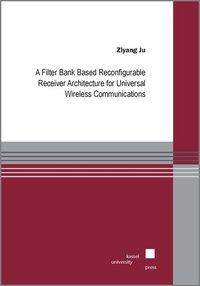 Motivated by the heterogeneity of today's world of wireless communications, there is a growing demand for terminals supporting different services and applications over a variety of networks. Reconfigurability is a key ingredient of such terminals in order to deliver optimal quality of service over diverse communication environments. We consider a reconfigurable baseband receiver architecture which is capable of dealing with signal formats from different existing and future air interfaces. The receiver employs signal processing in the time-frequency (TF) domain implemented by Discrete Fourier Transform (DFT) filter banks, which is a generalization of the block-wise frequency domain processing in orthogonal frequency-division multiplexing (OFDM) receivers.The most challenging task for the reconfigurable receiver design is to handle dispersive channels in a uniform way when processing signals from different air interfaces. In cyclic prefix based OFDM systems the diagonalization of the time-invariant channel facilitates the practical implementation. We propose a TF domain channel diagonalization approach, which offers similar advantages as the aforementioned channel diagonalization in OFDM systems and, at the same time, can be applied to arbitrary types of signals. A central issue in the approach is the choice of a suitable so-called Gabor window function used for TF signal representation. Some properties of the overall approach, namely the freedom in the choice of the aforementioned Gabor window function and its scalability in time and frequency, facilitate the handling of diverse signal types. Furthermore, the design can be adapted to radio channels with different delay and Doppler spreads. We establish a general mathematical framework for window optimization minimizing the mean-squared sample error caused by the channel diagonalization under the assumptionof a wide-sense stationary uncorrelated scattering impulse response of the considered wireless channel. With an enhanced scheme for the parameterization of tight Gabor frames, the design of the window function defining paraunitary filter banks is formulated as a convex optimization problem.Finally, a matched filtering/equalizer based baseband receiver architecture employing the TF channel diagonalization is proposed which can be considered an important component for application in future reconfigurable radio systems. The bit-error rate performance and the computational complexity of the receiver are analyzed for the downlink in the universal mobile telecommunications system terrestrial radio access (UTRA) with directsequence spread-spectrum signalling (DSSS) and frequency division duplexing. von Ju, Ziyang