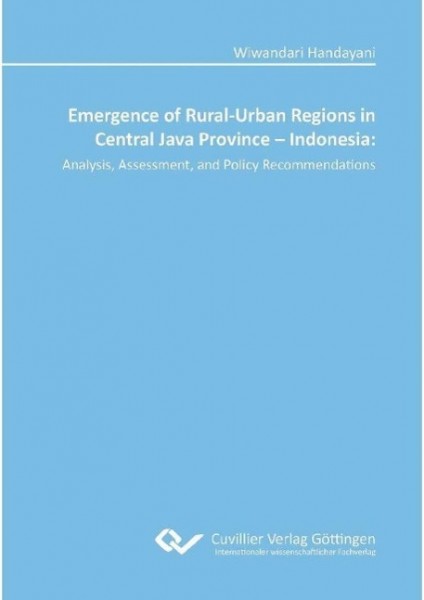 Disparity and inequality have emerged as central issues in regional development realmwhich need to be worked out. In the case of Java Island - Indonesia, even thoughinfrastructures mainly in transportati on and communicati on have already built-uprelati vely evenly compared to other islands in the country, it is in fact not suffi cientto reduce disparity and inequality among provinces or in each province within theisland. Furthermore, urbanizati on mostly in developing countries leads to the blurringof the disti ncti on between rural and urban areas. Concerning inequality that leads topropensity of unbalanced development patt erns as has been taking place in Java Islandincluding in Central Java Province as one big province in the Island, the emergingof rural-urban regions are considered to be further examined. Expectedly, furthercomprehension regarding the dynamics of these regions would be advantageous topromote balanced development as well as to enforce the creati on of integrated regionaldevelopment policies which are not simply dichotomized rural and urban regions.