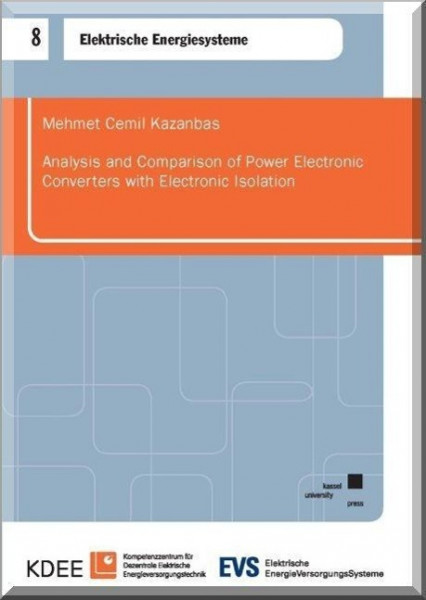 Analysis and Comparison of Power Electronic Converters with Electronic Isolation

Analysis and Comparison of Power Electronic Converters with Electronic Isolation

With the continual increase in the global energy consumption, grows the demand on the power capacity, efficient production, distribution and utilization of the electrical energy generated. The role of power electronics in such contexts has been of great importance not only for the traditional power generator systems but also for the decentralized renewable energy generation, like solar and wind power. Several innovations can be observed in the field of power systems for renewable energy sources based on power electronics. Improvements can be identified regarding for example control techniques, semiconductor devices, electromagnetic components and also topologies. Such developments allow specific application requirements to be fulfilled with lower levels of losses and less material expenditure. In this thesis, power electronic topologies are analyzed with respect to the type of electrical isolation between the input and output, which may differ in three ways: galvanic, capacitive and electronic. Among the above requirements, "galvanic isolation" is a major issue in photovoltaic applications, not only due to regulations concerning the grounding of PV modules but also because of compatibility requirements of new cell technologies. Within this framework, a theoretical and practical examination on new inverter topologies is investigated with electronic isolation method in order to meet the targeted future challenge aspects. von Kazanbas, Mehmet Cemil