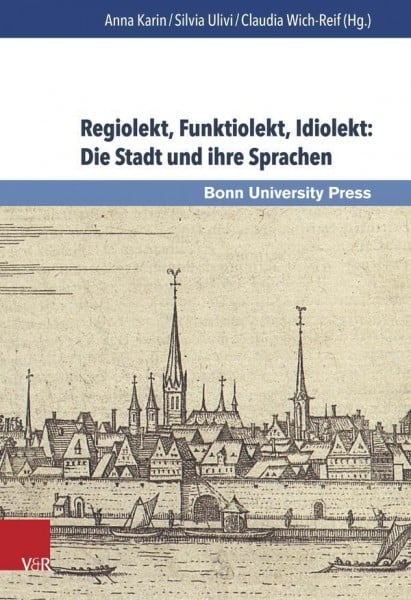 Language in urban contexts is an area of research which is annually presented during the workshops of the international "Arbeitskreis Historische Stadtsprachenforschung". The 31st workshop at the Rheinische Friedrich-Wilhelms-Universität Bonn dealt with the area around Cologne as one of the core topics, as it is documented in this volume. Modern linguistic research in urban languages covers the language system as well as sociolinguistics and pragmatics. Main interests of research are the relationships between written and oral language, between manuscripts and prints, thus also focusing on linguistic change. This development is reflected in the language itself as well as in the textual composition. Besides the area of West Central German, several contributions cover the areas of East Central German and Low German, one the area of Upper German. The majority of the essays in this volume deal with the late Middle Ages and the Early Modern Period. Objects of investigations are non-fictional texts, especially legal texts, as well as fictional texts.