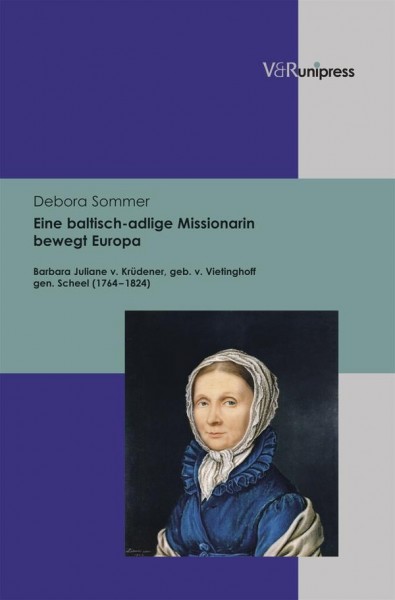 This doctoral thesis reintroduces Juliane von Krüdener, a largely forgotten historic figure, back into historical awareness. Particular attention is given to her role as a female missionary in Europe within the church history context of pietism and revival movements at the beginning of the 19th century. The investigation revolves around the question: to what extent did this aristocratic ambassador's wife not just stir hearts, but also have a transforming influence on the mission history of Europe? In addition von Krüdener's specific female contribution is investigated. The climax of von Krüdener's missionary activity occurs between 1815 and 1818. It covers the time of her special influence on Tsar Alexander I, her missionary travels through Switzerland and Germany, and her effect on the spiritual revival movements happening in Western and Eastern Europe. This Baltic-German missionary used various social networks, in particular the transnational and interdenominational network of the salon-culture, as inroads for her missional lifestyle. The basis for the missiological role analysis in this paper is a thematic investigation into the life and activities of Juliane von Krüdener. What stands out is the fact that her missionary role, apart from her activities as Salonnière, writer and evangelist, also included charitable and political dimensions. This case study on Juliane von Krüdener is an interdisciplinary research contribution, but is also the first to offer extensive research from a theological perspective. It addresses foundational questions about the role of women in mission and church history and is a testimony to the significant contribution of women to revival-transformative processes during the 19th century. von Sommer, Debora