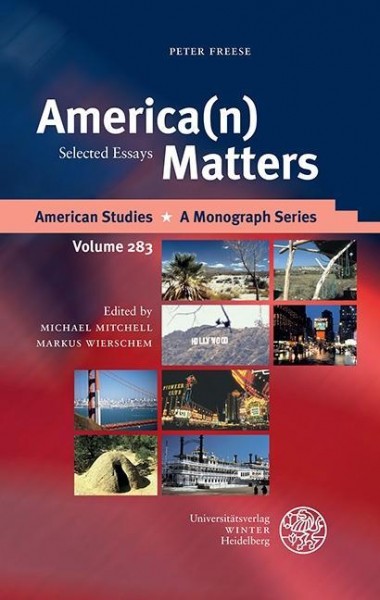 This anthology brings together 21 of the more than 200 articles and essays published between 1977 and 2017 by Professor Peter Freese from the University of Paderborn, one of the most distinguished authorities on American literature and culture within Germany and beyond. Arranged in four broad thematic sections covering the 'matters of America', the essays range widely across a vista of subjects, writers, concepts and contexts, from the evolution of the American Dream to the visions of end times as apocalypse or entropic decay, from the corrupt glitter of Hollywood to the ancient mysteries of mythic landscapes, from literary classics to hip hop. He convincingly shows how the study of arts, particularly literature, gives privileged access to the kaleidoscopic diversity of American society, opening up incomparable panoramas and fascinating insights. An indispensible aid to the scholar but also accessible to the general reader, these essays show how the study of America matters. von Freese, Peter