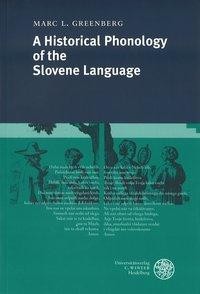 A Historical Phonology of the Slovene Language

A Historical Phonology of the Slovene Language

The work gives the first synthetic and comprehensive account of the historical phonology of Slovene from the time of the arrival of Slavs in the Alpine and Balkan regions (ca. the seventh century A.D.) to the present day. Though previous scholarship has been consulted and cited for every change, many new explanations are proposed that significantly alter the received view of the dialect differentiation of the Slovene speech territory. Changes are discussed in terms of relative and, where possible, absolute chronology. Evidence for innovations has been culled from both textual as well as dialect sources. The relative dearth of textual evidence for Slovene from the eleventh century to the sixteenth is partially compensated for by onomastic as well as rich dialect data (Slovene, spoken by some 2 million speakers, is divided into 48 dialects). For this reason, onomastic and dialectological evidence, the latter in part gathered from author's own field notes, has been relied upon substantially. The relationships of Slovene to other Slavic languages (especially Serbo-Croatian, Czech and Slovak), as well as innovations conditioned by contact with Romance (Friulian, Dalmatian, Venetian, Italien), German and Hungarian, are discussed. An annotated overview of the complex and highly variegated vowel systems found in Slovene dialects, compared with those of the modern standard language, is given in an appendix.