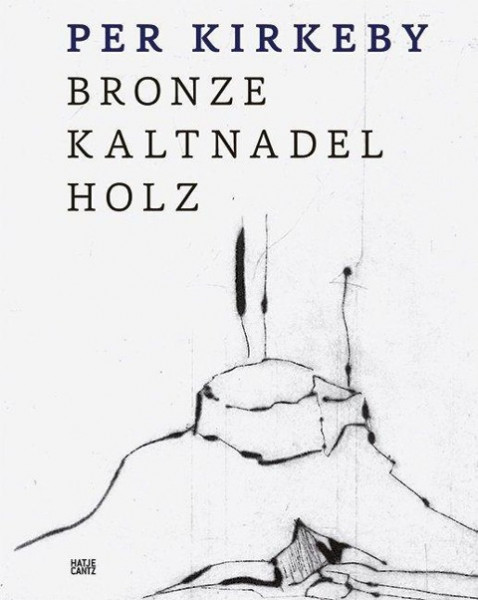 Per Kirkeby (* 1938 in Copenhagen) is a one of the most important figures in contemporary Scandina­vian art. After receiving a doctorate in geology, Kirkeby joined the Experimental Art School in Copenhagen in 1962 and began to develop the visual idiom through which he has consistently explored the metamorpho­sis of nature in a wealth of articulations and media. Kirkeby emphatically considers himself a painter. This context thus informs an examination of his three-di­mensional works dating from the early eighties, which he produced with traditional sculpting techniques and cast in bronze. In addition, over the course of his career the artist has produced a substantial body of prints that rival his works in other media. This cata­logue is the first juxtaposition of numerous drypoints and woodcuts by the artist with a series of bronzes. A number of miniature woodcuts dating from the fif­ties, which were believed to be lost, have been redis­covered and being published for the first time. Exhibition: Staatliche Graphische Sammlung München in der Pinakothek der Moderne 3.7.-14.9.2014 von Semff, Michael