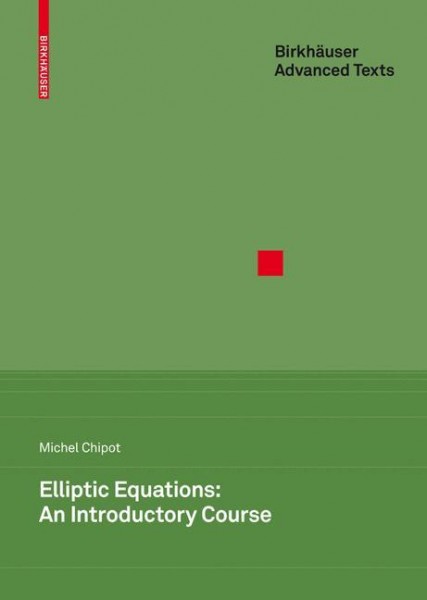 The aim of this book is to introduce the reader to different topics of the theory of elliptic partial differential equations by avoiding technicalities and refinements. Apart from the basic theory of equations in divergence form it includes subjects such as singular perturbation problems, homogenization, computations, asymptotic behaviour of problems in cylinders, elliptic systems, nonlinear problems, regularity theory, Navier-Stokes system, p-Laplace equation. Just a minimum on Sobolev spaces has been introduced, and work or integration on the boundary has been carefully avoided to keep the reader's attention on the beauty and variety of these issues. The chapters are relatively independent of each other and can be read or taught separately. Numerous results presented here are original and have not been published elsewhere. The book will be of interest to graduate students and faculty members specializing in partial differential equations. von Chipot, Michel