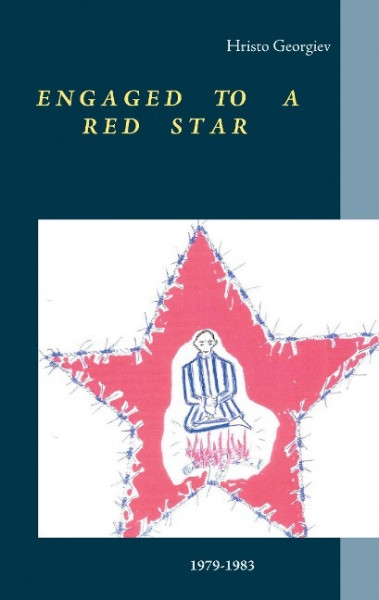 Engaged to a Red Star

Engaged to a Red Star

This is a first person narrative, told from the perspective of Peter Ivanov, a Bulgarian academic, whom we first meet in London, where he is temporary affiliated to the University, as a lector. While in London, he meets and begins an affair with Maria Reist, an Austrian au pair girl. We are led to believe that he is lonely and trapped in an unhappy marriage.The basis of the reported conversations between Peter and Maria is often contrastive political - ideological systems. For example, Peter says the following about the Bulgarian regime in the 70-s: ¿The ruling communist elite owns the country and the premier and his immediate followers are being worshipped¿. This prepares us for an exposition of an unjust system, ruling over the private lives of people. The communist system is often described using popular anecdotes.Upon completion of his contract with the University, Peter travels home, to Bulgaria. He shares part of the journey with Maria, but they part in Austria, agreeing to write to each other using a secret code, which Peter believes will conceal their affair from the Bulgarian Secret Service: ¿A¿ for ¿I love yoü, ¿B¿ for ¿I kiss yoü, etc. Upon his return, Peter¿s relationship with his wife and with the authorities becomes more embittered and disregarding his previously cited concerns about the Secret Services, Peter decides to divorce his wife and invites Maria to spend time with him in Bulgaria. Maria visits Peter twice. Her first visit puts Peter under surveillance and the Bulgarian State Security arranges a car accident, luckily both Peter and Maria survive the accident with minor injuries. Her second visit leads to their arrest at a border check point in Hungary, just before Peter attempts to leave the Communist Block illegally with an expired overseas passport.Peter was unaware, that he was long time under surveillance and that his wife was supplying the Secret Police with supposedly incriminating evidence.After his arrest, Peter was transferred to the State Security Interrogation Centre in Sofia, on Razvigor St., No 1. Here he is held without trial for many months and subjected to prolonged questioning by Colonel Dimitrov, an example how the former State Security in Eastern Europe used to extract information from the detainees: psychic torture, informers, listening to conversations in the cel von Georgiev, Hristo