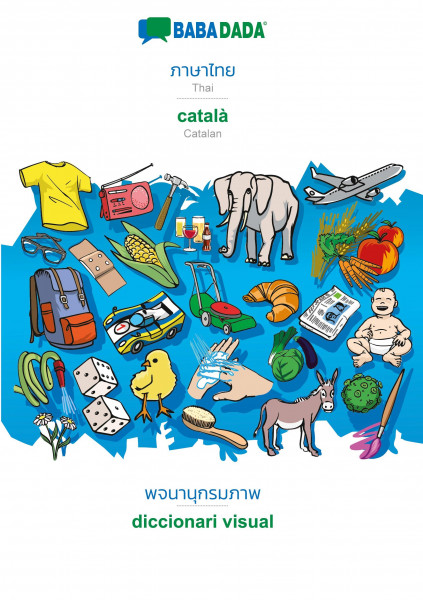 BABADADA dictionaries are visual language education: Simple learning takes center stage. In a BABADADA dictionary images and language merge into a unit that is easy to learn and remember. Each book contains over 1000 colored illustrations. The goal is to learn the basics of a language much faster and with more fun than possible with a complicated text dictionary. This book is based on the very successful online picture dictionary BABADADA.COM, which offers easy language entry for countless language combinations - Used by thousands of people and approved by well-known institutions.The languages used in this book are also called as follows: thailändisch, thaïlandais, tailandés, tailandese, tailandês, tajski and katalanisch, catalan, catalán, catalano, catalão von Babadada Gmbh