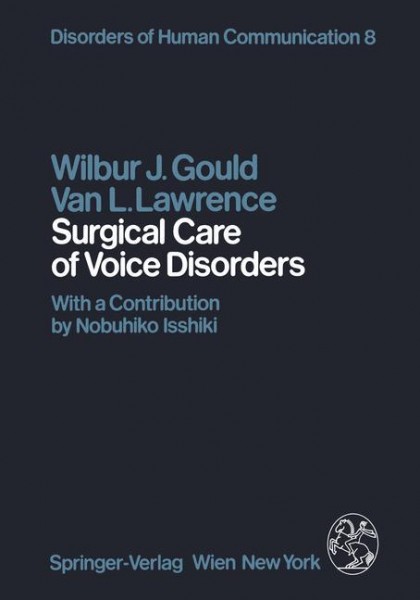 Contemporary laryngology had its beginnings near the close of the 19th century and is probably best exemplified in the work of Morel McKenzie and of Czermak. Subsequent to their pioneering efforts, another surge of interest could be said to have centered about the efforts of the Chevalier Jacksons in the 1920's. After those bold steps, and for almost 40 years, research in laryngology and interest in laryngology continued, but at considerably and increasingly less intense levels, certainly so far as the otolaryngologist population was concerned. In the 1940's Julius Lempert sparked a renaissance in otologic research, deVelopment, and surgery, and exciting new frontiers opened in otology. In our own time, otology remains a large basic and fundamental segment of the otolaryngologic purview, but the flood of new discoveries which followed Lempert, like those which had followed the Jacksons in the 1920's in laryngology, appears to have diminished. When the authors of this publication made acquaintance in the late 1960's, there were approximately 10 centers in the United States for laryngologic research which could be truly designated as voice research facilities. The senior author was at that time instrumental in formulating the major criteria for laboratories to be so designated. In the early 1980's interest in laryngology has revived. At a recent meeting it was possible to list over 40 such laboratories which now were known to the authors over a broad geographic sweep, covering the entire United States. von Gould, W. J. und Lawrence, V. L.