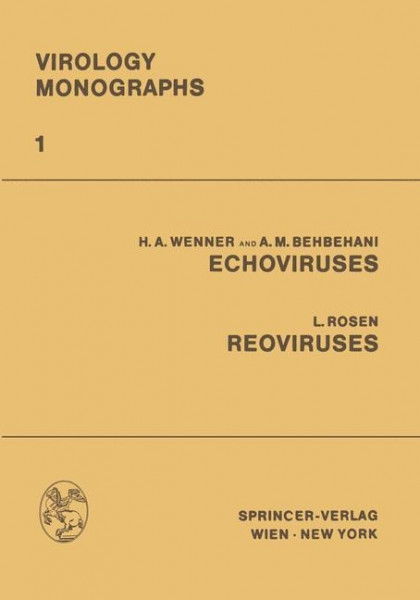 Reoviruses are ether-resistant icosahedral viruses 60 to 75 mp in diameter which contain ribonucleic acid. They have been recovered from man and lower animals and are ubiquitous in their geographic distribution. At present, the importance of these viruses as a cause of human or animal disease is still largely unknown. As a result of having a number of unusual characteristics, reoviruses have attracted the attention of many workers in the relatively short time since they were first recognized. For example, investigators interested in the molecular aspects of virology have been attracted by the unusual double-helical ribonucleic acid of high molecular weight which reoviruses possess, while those interested in epidemiology have been attracted by the occurrence of apparently identical viruses in both man and an unusually wide variety of lower animals. This com­ pilation is based on information available to the author as of October 31, 1966. II. History The term "reqvirus" was proposed in 1959 (SABIN, 1959) as a group name for a number of viruses then classified (SABIN, 1956; RAMOS-ALvAREz and SABIN, 1958) as being identical with, or related to, ECHO type lO virus. von Wenner, Herbert A. und Behbehani, Abbas M. und Rosen, Leo