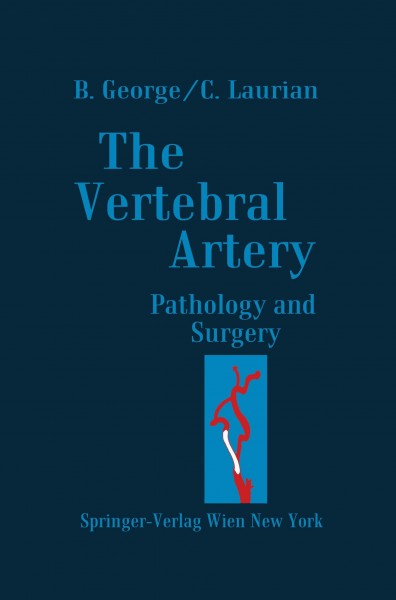 The Vertebral Artery
Pathology and Surgery

Our common interest in surgery of the vertebral artery was born in 1976, when as residents in the same hospital, we attended an attempt by two senior surgeons to treat an aneurysm of the vertebral artery at the C 3 level. Long discussions had preceded this unsuccessful trial, to decide if surgery was indicated and to choose the surgical route. Finally a direct lateral approach was performed, but access was difficult and correct treatment was impossible, resulting in only partial reduction of the aneurysmal pouch. Following this experience, we decided to seek a regular and well defined approach for exposition of the vertebral artery. Review of the literature indicated some surgical attempts, but the descriptions did not give the impression of safety and reproducibility. No landmark on the described surgical route appeared sufficiently reliable. Henry's anatomical work (1917) gave the only accurate description on vertebral artery anatomy, and it became the basis for our work. When the same patient was referred again one year later, after a new stroke in the vertebro-basilar system, we had behind us repetitive experience on cadavers of an original approach to the distal vertebral artery. von George, Bernard und Laurian, Claude