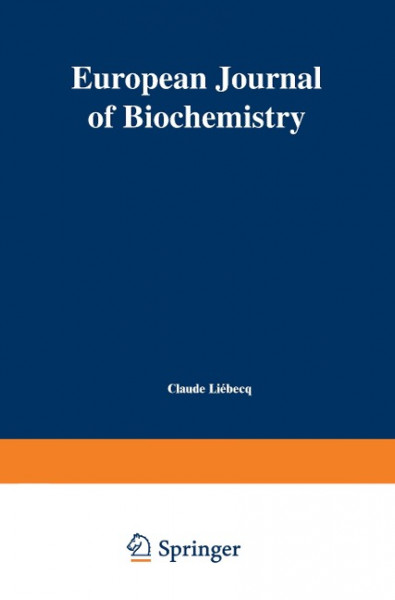 The FEDERATION OF EUROPEAN BIOOHE1IUCAL SOCIETIES, which came into being just over three years ago, will have a profound impact on the development of biochemistry in Europe and in the rest of the world. For this reason, the Council of the INTERNATIONAL UNION OF BIOCHEMISTRY has viewed the growth of the Federation with considerable satis­ faction. Closer cooperation among European biochemists was set in motion through the initiative of the BIOOHEMICAL SOCIETY several years ago to hold an annual joint meeting with some of its sister societies on the Continent. With considerable foresight the BIOCHEM­ ICAL SOCIETY eventually proposed the setting up of a federation of biochemical societies in Europe, a proposal that was warmly endorsed by representatives of several Continental societies. The first meeting of the Federation was held in London in the Spring of 1964. I had the privilege to attend the second (Vienna) and third (Warsaw) annual meetings and was much impressed by the rapidly growing attendance and by the quality of the scientific sessions. Upon kind invitation as president of the INTERNATIONAL UNION OF BIOCHEMISTRY I also had the privilege to attend the Federation Council meetings and to participate in the discussions that led to the decision to found a EUROPEAN JOURNAL OF BIOOHEMISTRY, a move that I enthusiastically supported and encouraged on behalf of the INTERNATIONAL UNION OF BIOCHEMISTRY. von Liébecq, Claude