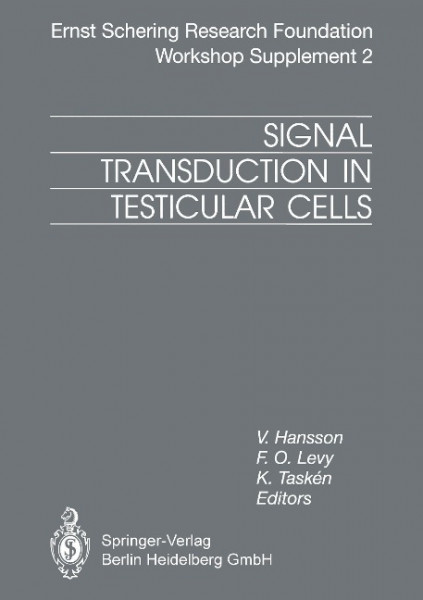 The European Workshop on Molecular and Cellular Endocrinology of the Testis was organized for the first time at Geilo, Norway, 8-11 April 1980. Since then, these meetings have been held in Holland, France, Italy, England, Sweden/Finland (Aland), Germany, and Bel­ gium. This year the circle has been closed: The 9th European Testis Workshop is back in the Norwegian mountains where it all started. The Scientific Committee of the First European Testis Workshop included Dr. H.J. van der Molen (Rotterdam), Dr. V. Hansson (Oslo), Dr. B. Cooke (London), Dr. V. Monesi (Rome), Dr. E.M. Ritzen (Stockholm), and Dr. J.M. Saez (Paris). Since then, two of the founders have left the Scientific Committee. Dr. Monesi died suddenly on 29 December 1979, 3 1/2 months before the first workshop took place. Thus, in spite of being one of the founders, he never experienced a Eu­ ropean Testis Workshop. Dr. Mario Stefanini, from the same research institute in Rome, replaced Dr. Monesi on the Scientific Committee. Another founder of this workshop series, Dr. H.J. van der Molen (Rot­ terdam), is one of the pioneers in research on molecular endocrinology of the testis in Europe. He left the Scientific Committee due to a change in his scientific career and was replaced by Dr. F.F.G. Rom­ merts, whose lectures on "Testomania" have been a characteristic fea­ ture of these meetings. von Hansson, V. und Levy, F. O. und Tasken, K.