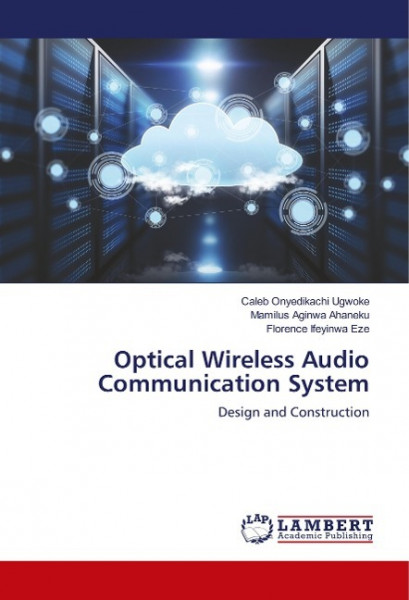 Over the years, many techniques have been employed for the design and construction of an effective audio communication system. It initially started with the wired technique with it's associated limitations such as having a fixed distance thereby limiting the movement of the user of such a system to the wireless technique which proved to be more convenient and flexible thus, having a wider range of coverage than the wired technique. Radio Frequency (RF) a conventional wireless technique usually employed in the design and construction of an audio communication system has some limitations which includes: expensive circuitry design, are prone to suffer from interference effects especially when there are other systems which are transmitting at almost the same audio frequency, they have low/minimal security level, have low/minimal data rates, may require the payment of licensing fees to the federal regulatory agencies, etc. Based on these limitations, an alternative technique to the design of an audio communication system was needed. This work tends to look at one of such alternatives which is "optical" (light) energy. von Ugwoke, Caleb Onyedikachi