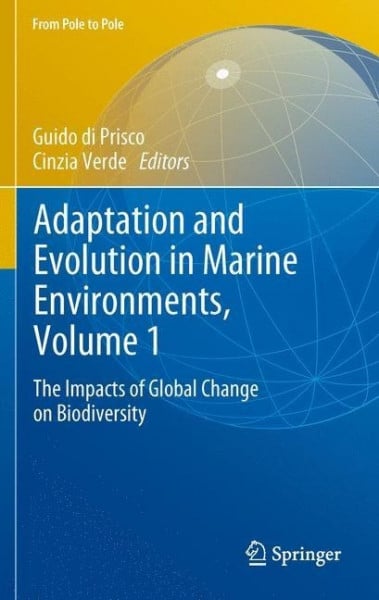 Adaptation and Evolution in Marine Environments, Volume 1
The Impacts of Global Change on Biodiversity

The poles undergo climate changes exceeding those in the rest of the world in terms of their speed and extent, and have a key role in modulating the climate of the Earth. Ecosystems adapted to polar environments are likely to become vulnerable to climate changes. Their responses allow us to analyse and foresee the impact of changes at lower latitudes. We need to increase our knowledge of the polar marine fauna of continental shelves, slopes and deep sea, as identifying the responses of species and communities is crucial to establishing efficient strategies against threats to biodiversity, using international and cross-disciplinary approaches. The IPY 2007-2009 was a scientific milestone. The outstanding contribution of Marine Biology is reflected in this volume and the next one on "Adaptation and Evolution in Marine Environments - The Impacts of Global Change on Biodiversity" from the series "From Pole to Pole", making these volumes a unique and invaluable component of the scientific outcome of the IPY. von i Prisco, Guido und Verde, Cinzia