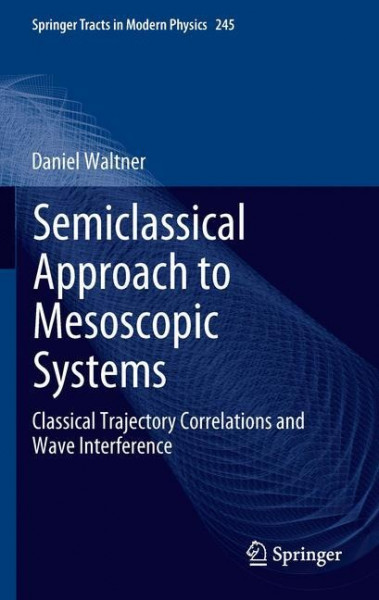 This volume describes mesoscopic systems with classically chaotic dynamics using semiclassical methods which combine elements of classical dynamics and quantum interference effects. Experiments and numerical studies show that Random Matrix Theory (RMT) explains physical properties of these systems well. This was conjectured more than 25 years ago by Bohigas, Giannoni and Schmit for the spectral properties. Since then, it has been a challenge to understand this connection analytically.  The author offers his readers a clearly-written and up-to-date treatment of the topics covered. He extends previous semiclassical approaches that treated spectral and conductance properties. He shows that RMT results can in general only be obtained semiclassically when taking into account classical configurations not considered previously, for example those containing multiply traversed periodic orbits. Furthermore, semiclassics is capable of describing effects beyond RMT. In this context he studies the effect of a non-zero Ehrenfest time, which is the minimal time needed for an initially spatially localized wave packet to show interference. He derives its signature on several quantities characterizing mesoscopic systems, e. g. dc and ac conductance, dc conductance variance, n-pair correlation functions of scattering matrices and the gap in the density of states of Andreev billiards. von Waltner, Daniel