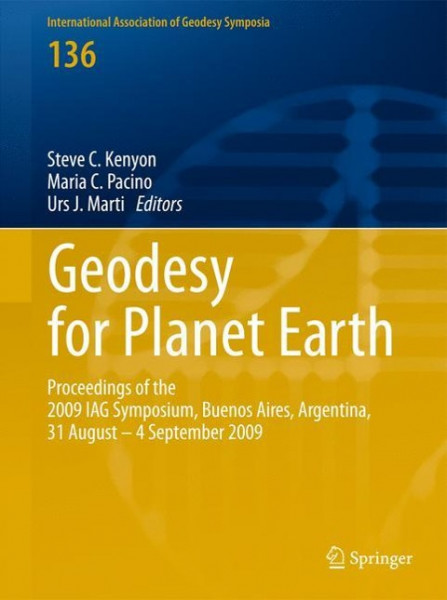 These proceedings include the written version of 130 papers presented at the International Association of Geodesy IAG2009 "Geodesy for Planet Earth" Scientific Assembly. It was held 31 August to 4 September 2009 in Buenos Aires, Argentina. The theme "Geodesy for Planet Earth" was selected to follow the International Year of Planet Earth 2007-2009 goals of utilizing the knowledge of the world's geoscientists to improve society for current and future generations. The International Year started in January 2007 and ran thru 2009 which coincided with the IAG2009 Scientific Assembly, one of the largest and most significant meetings of the Geodesy community held every 4 years. The IAG2009 Scientific Assembly was organized into eight Sessions. Four of the Sessions of IAG2009 were based on the IAG Structure (i.e. one per Commission) and covered Reference Frames, Gravity Field, Earth Rotation and Geodynamics, and Positioning and Applications. Since IAG2009 was taking place in the great Argentine city of Buenos Aires, a Session was devoted to the Geodesy of Latin America. A Session dedicated to the IAG's Global Geodetic Observing System (GGOS), the primary observing system focused on the multidisciplinary research being done in Geodesy that contributes to important societal issues such as monitoring global climate change and the environment. A Session on the IAG Services was also part of the Assembly detailing the important role they play in providing geodetic data, products, and analysis to the scientific community. A final Session devoted to the organizations ION, FIG, and ISPRS and their significant work in navigation and earth observation that complements the IAG. von Kenyon, Steve und Pacino, Maria Christina und Marti, Urs