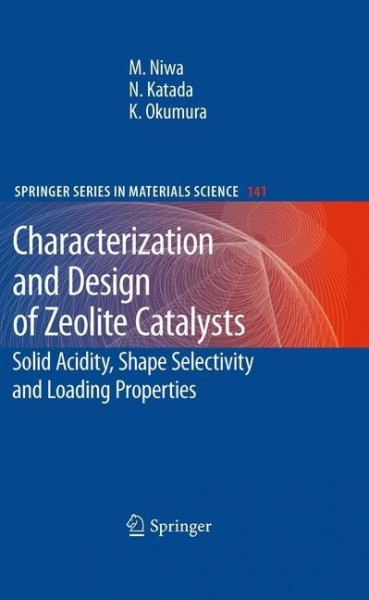 Characterization and Design of Zeolite Catalysts

Catalysis and catalyst is a key technology to solve the problems in energy and environment issues to sustain our human society. We believe that comprehensive understanding of the catalysis and catalyst provides us a chance to develop a new catalyst and contributes greatly to our society. However, the ?eld of heterogeneous catalyst is dif?cultto study andstill stays behindmoredeveloped?elds ofchemistry such as organic and physical chemistries. This is a dilemma to the chemists who study the catalysis and catalyst. While we can accomplish the progress in the - dustrial application, the scienti?c understandingis not complete yet. A gap between the useful application and incomplete scienti?c understanding, however, becomes smaller and smaller in recent years. Because zeolites are ?ne crystals, and the structure is clearly known, the study on the catalysis using the zeolites is easier than those encountered in other catalysts such as metals and metal oxides. Very fortunately, zeolites provide us the strong acidity with the ?ne distribution which enables various useful catalytic reactions. When some metals and cations are loaded in close to the acid sites, these loadede- ments show extraordinarycharacters, and many catalytic reactions proceed thereon. von Niwa, Miki und Katada, Naonobu und Okumura, Kaz