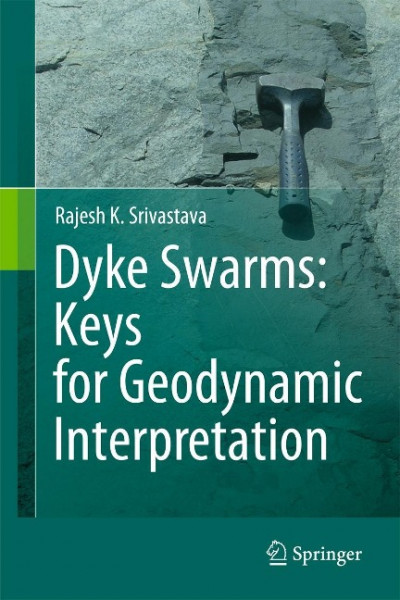 Dykes occur in a wide variety of geological and tectonic settings and their detailed study through space and time is imperative for understanding several geological events. Dykes are believed to be an integral part of continental rifting and when they occur as spatially extensive swarms of adequate size, they can be of immense utility in continental reconstructions and also help to identify Large Igneous Provinces (LIPs). It is known that continental flood basalts and major dyke swarms have their origin related in some way to the up-rise of hot mantle plumes which may lead to rifting and eventual continental break-up. Dykes signify crustal extension and are important indicators of crustal stabilisation events, supercontinental assembly and dispersal, crust-mantle interaction and play a significant role in the delineation of crustal provinces as well as in deciphering crustal evolution events. Many economic mineral deposits of the world are also associated with a variety of dykes. The volume will provide state-of-the-art information on all aspects of dykes with emphasis on the origin, evolution and emplacement of dykes. von Srivastava, Rajesh K.