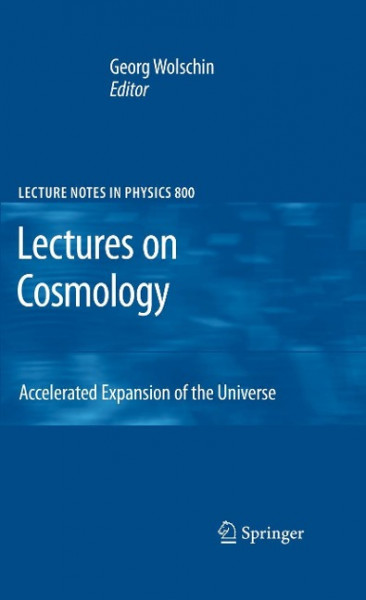 Lectures on Cosmology
Accelerated Expansion of the Universe

The lectures that four authors present in this volume investigate core topics related to the accelerated expansion of the Universe. Accelerated expansion occured in the ?36 very early Universe - an exponential expansion in the in ationary period 10 s after the Big Bang. This well-established theoretical concept had rst been p- posed in 1980 by Alan Guth to account for the homogeneity and isotropy of the observable universe, and simultaneously by Alexei Starobinski, and has since then been developed by many authors in great theoretical detail. An accelerated expansion of the late Universe at redshifts z 1 has been disc- ered in 1998; the expansion is not slowing down under the in uence of gravity, but is instead accelerating due to some uniformly distributed, gravitationally repulsive substance accounting for more than 70% of the mass-energy content of the U- verse, which is now known as dark energy. Its most common interpretation today is given in terms of the so-called CDM model with a cosmological constant . von Wolschin, Georg