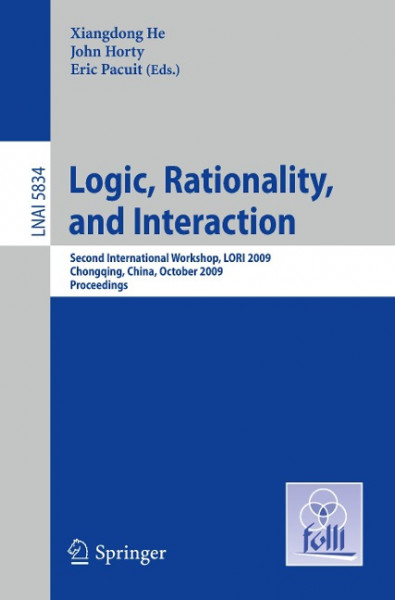 Edited in collaboration with FoLLI, the Association of Logic, Language and Information, this book constitutes the refereed proceedings of the Second International Workshop on Logic, Rationality, and Interaction, LORI 2009, held in Chongqing, China, in October 2009.The 24 revised full papers presented together with 8 posters were carefully reviewed and selected from a flood of submissions. The workshops topics include but are not limited to semantic models for knowledge, for belief, and for uncertainty, dynamic logics of knowledge, information flow, and action, logical analysis of the structure of games, belief revision, belief merging, logics for preferences and utilities, logics of intentions, plans, and goals, logics of probability and uncertainty, argument systems and their role in interaction, as well as norms, normative interaction, and normative multiagent systems. von He, Xiangdong und Horty, John und Pacuit, Eric