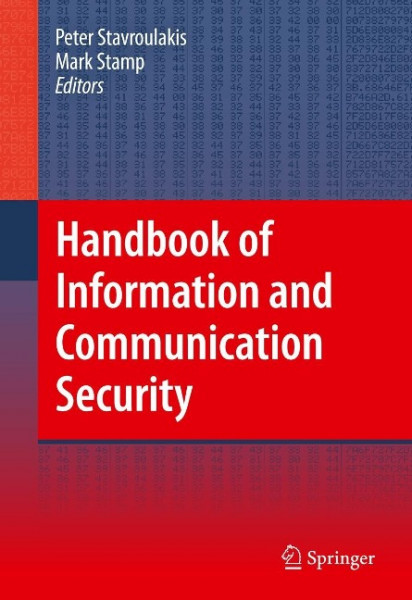 Handbook of Information and Communication Security

Handbook of Information and Communication Security

At its core, information security deals with the secure and accurate transfer of information. While information security has long been important, it was, perhaps, brought more clearly into mainstream focus with the so-called "Y2K" issue. Te Y2K scare was the fear that c- puter networks and the systems that are controlled or operated by sofware would fail with the turn of the millennium, since their clocks could lose synchronization by not recognizing a number (instruction) with three zeros. A positive outcome of this scare was the creation of several Computer Emergency Response Teams (CERTs) around the world that now work - operatively to exchange expertise and information, and to coordinate in case major problems should arise in the modern IT environment. Te terrorist attacks of 11 September 2001 raised security concerns to a new level. Te - ternational community responded on at least two fronts; one front being the transfer of reliable information via secure networks and the other being the collection of information about - tential terrorists. As a sign of this new emphasis on security, since 2001, all major academic publishers have started technical journals focused on security, and every major communi- tions conference (for example, Globecom and ICC) has organized workshops and sessions on security issues. In addition, the IEEE has created a technical committee on Communication and Information Security. Te ?rst editor was intimately involved with security for the Athens Olympic Games of 2004. von Stavroulakis, Peter und Stamp, Mark