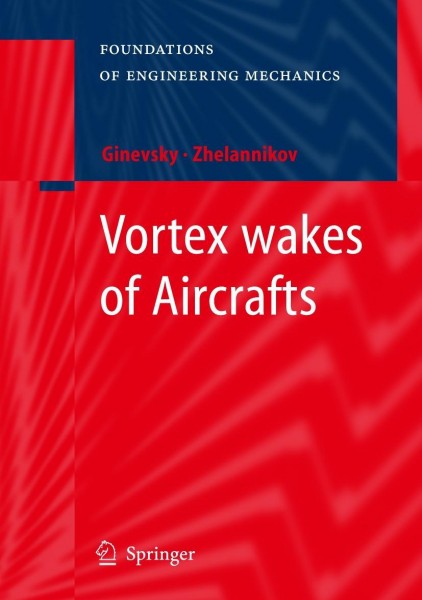 Investigation of vortex wakes behind various aircraft, especially behind wide bodied and heavy cargo ones, is of both scientific and practical in terest. The vortex wakes shed from the wing's trailing edge are long lived and attenuate only atdistances of10-12kmbehindthe wake generating aircraft. The encounter of other aircraft with the vortex wake of a heavy aircraft is open to catastrophic hazards. For example, air refueling is adangerous operationpartly due to thepossibility of the receiver aircraft's encountering the trailing wake of the tanker aircraft. It is very important to know the behavior of vortex wakes of aircraft during theirtakeoff andlanding operations whenthe wakes canpropagate over the airport's ground surface and be a serious hazard to other depart ing or arriving aircraft. This knowledge can help in enhancing safety of aircraft's movements in the terminal areas of congested airports where the threat of vortex encounters limits passenger throughput. Theoreticalinvestigations of aircraft vortex wakes arebeingintensively performedinthe major aviationnations.Usedforthispurpose are various methods for mathematical modeling of turbulent flows: direct numerical simulation based on the Navier-Stokes equations, large eddy simulation using the Navier-Stokes equations in combination with subrigid scale modeling, simulation based on the Reynolds equations closed with a differential turbulence model. These approaches are widely used in works of Russian and other countries' scientists. It should be emphasized that the experiments in wind tunnels and studies of natural vortex wakes behind heavy and light aircraft in flight experiments are equally important. von Ginevsky, A. S. und Zhelannikov, A. I.