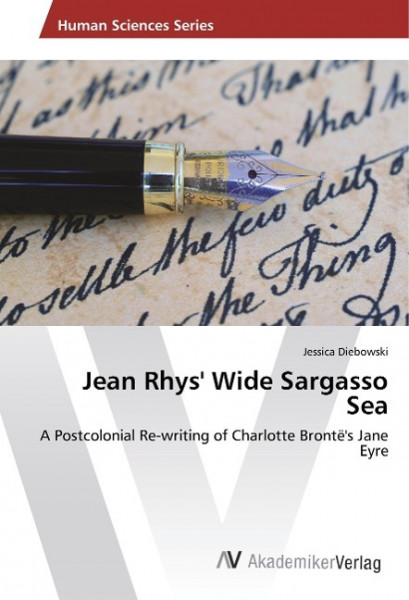 Wide Sargasso Sea: A Postcolonial Rewriting of Brontë's Jane Eyre Without doubt, the Victorian classic Jane Eyre has generated a number of intertexual references. Jean Rhys' Wide Sargasso Sea (WSS) has been regarded as the most famous rewriting of Jane Eyre and a paradigm of postcolonial literature. The novel, a prequel to Brontë's Jane Eyre, tells the story of Antoinette Cosway, a Creole heiress living in Jamaica. In remembering the representation of the character Bertha Mason/Rochester in Brontë's Jane Eyre, Jean Rhys as a postcolonial writer, re-writes Brontë's account of Bertha, Rochester's first wife first, the 'madwoman in the attic' who is denied to have a voice. Thus, Rhys makes use of various narrative devices and techniques, not only to capture the reader's attention, but also in order to present a different version of Bertha. The inquiry the present volume seeks to undertake is not new in the field of postcolonial studies but rather aims at throwing more light on the strategies Rhys uses to rewrite the Victorian classic Jane Eyre. von Diebowski, Jessica

Jessica Diebowski studied English/American, Romance and Educational Studies at the University of Wuppertal (Germany) and the Univerdidad Complutense in Madrid (Spain). She had previously taught German Studies at Hobart and William Smith Colleges in NY, USA. At present, she works as an English and Spanish teacher at a grammar school in Düsseldorf.