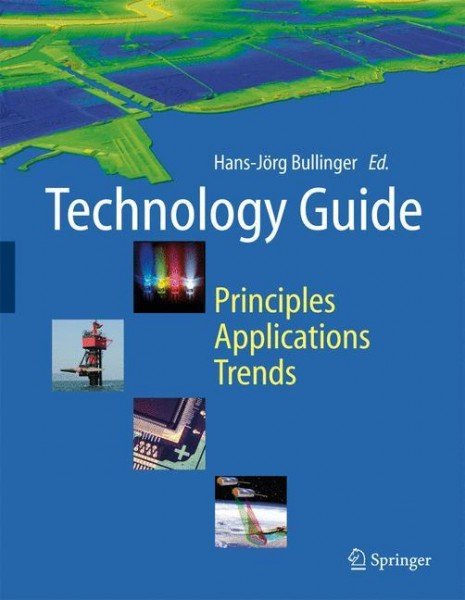 "Everything that can be invented has been invented, W " hat alternative could better serve the inquisitive declared Charles H. Duell, commissioner of the min US d than that which has stood the test of centuries? patent ofce, in 1899. As we all well know, this wa W s e a turn to experts we can trust. Just like a theatre-goer grand misconception, seeing that Albert Einstein m on ig lh y t browse a playbill or a tourist consult a gui- a few years later heralded the beginning of a cen bo tur ok, y e ov f eryone who now works with technology, or revolutionary discoveries. Tese precipitated such t f a un- kes an interest in it, can refer to this technology damentally important innovations as the compgui uted re , . It is neither a conventional encyclopedia, nor a the electron tube, the laser and the microchip, w st h u id ch y of the future, ofering visionary scenarios of - have in turn initiated an abundance of other in mv oe rn- row's world. Numerous publications already fulfll tions. Today we are once again at the forefront t o h f at pr do- escription. Te technology guide is more a work found structural change, as we move from the o in f dr ue s- ference that also makes a good read. von Bullinger, Hans-Jörg

Prof Bullinger is head of the German Fraunhofer Gesellschaft. (The Fraunhofer-Gesellschaft undertakes applied research of direct utility to private and public enterprise and of wide benefit to society.)