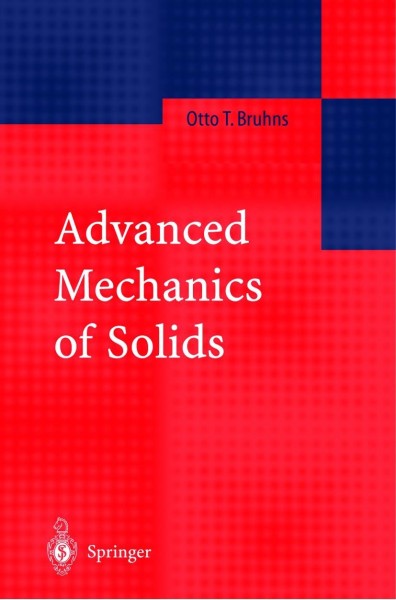 Mechanics, and in particular, the mechanics of solids, forms the basis of all engi­ neering sciences. It provides the essential foundations for understanding the action of forces on bodies, and the effects of these forces on the straining of the body on the one hand, and on the deformation and motion of the body on the other. Thus, it provides the solutions of many problems with which the would-be engineer is going to be confronted with on a daily basis. In addition, in engineering studies, mechanics has a more vital importance, which many students appreciate only much later. Because of its clear, and analyt­ ical setup, it aids the student to a great extent in acquiring the necessary degree of abstraction ability, and logical thinking, skills without which no engineer in the practice today would succeed. Many graduates have confirmed to me that learning mechanics is generally per­ ceived as difficult. On the other hand, they always also declared that the preoccu­ pation with mechanics made an essential contribution to their successful education. Besides, as far as my experience goes, this success does not depend very much on the inclusion of special chapters, or the knowledge of particular formulae. Rather, it is important that to a sufficient degree, one has learned how to logically describe a given physical phenomenon, starting from the preconditions. And that from this description one can derive rules for related phenomena, and also rules for layout design, for dimensioning, etc. similarly supported structures. von Bruhns, O. T.