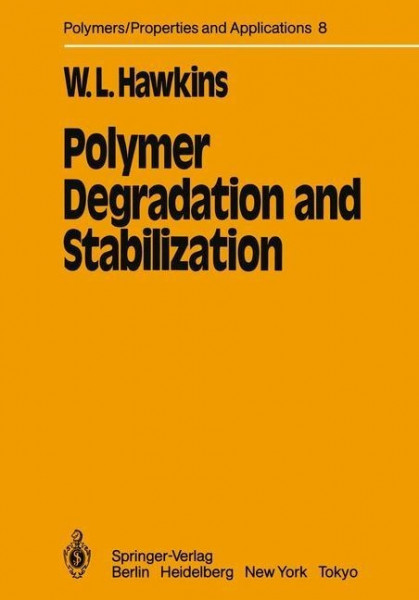 The development of polymers as an important class of material was inhibited at the first by the premature failure of these versatile compounds in many applications. The deterioration of important properties of both natural and synthetic polymers is the result of irreversible changes in composition and structure of polymers molecules. As a result of these reactions, mechanical, electrical and/or aesthetic properties are degraded beyond acceptable limits. It is now generally recognized that stabilization against degradation is necessary if the useful life of polymers is to be extended sufficiently to meet design requirements for long-term applications. Polymers degrade by a wide variety of mechanisms, several of which affect all polymers through to varying degree. This monograph will concentrate on those degradation mechanisms which result from reactions of polymers with oxygen in its various forms and which are accelerated by heat and/or radiation. Those stabilization mechanisms are discussed which are based on an understanding of degradation reaction mechanisms that are reasonably well established. The stabilization of polymers is still undergoing a transition from an art to a science as mechanisms of degradation become more fully developed. A scientific approach to stabilization can only be approached when there is an understanding of the reactions that lead to degradation. Stabilization against biodegradation and burning will not be discussed since there is not a clear understanding of how polymers degrade under these conditions. von Hawkins, W. L. und Harwood, H. J.