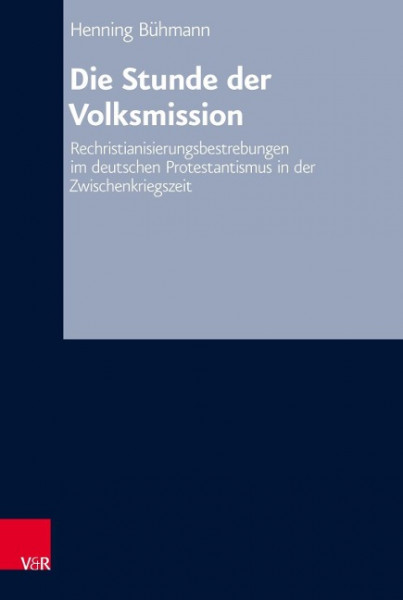 In launching the National Mission (Volksmission) over 100 years ago, the German Evangelical Churches hoped to spread the Gospel and stabilize a society ravaged by war and domestic instability. Henning Bühmann traces the development of Protestant missionary thinking in Germany between 1916 and 1934, concentrating on the activities of the Central Committee of the Home Mission (Central-Ausschusses der Inneren Mission). He traces the increasingly nationalist tone adopted by the missionaries and their failure to halt the tide of secularism. The author concludes that the eventual collapse of the missionary movement was due less to the new political atmosphere which followed the establishment of the Third Reich than the internal contradictions of the Volksmissionsbewegung itself. von Bühmann, Henning