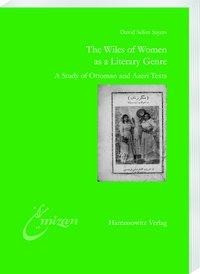 The Wiles of Women as a Literary Genre

The "wiles of women" are a timeless literary theme, treated from ancient Egyptian narratives to 21st-century TV series. The theme reaches its greatest flowering in the Islamic world, beginning with the Qur'an and inspiring entire literary traditions in Arabic, Persian, and Turkish. The Wiles of Women as a Literary Genre is the first study devoted to the Turkish branch of the tradition. The book consists of three parts: (a) a narrative analysis that helps to define the stories as a literary genre, (b) a cultural analysis exploring the worldview beneath the stories, and (c) transliterations and English translations of 17 previously unavailable stories in Ottoman and Azeri Turkish. The genre is colorful and heterogeneous, with different stories viewing the wiles of women as evil and dangerous, as frivolous and amusing, or as thoughtful and instructive. Still, women are depicted by all stories as intrinsically and incorrigibly guileful. The same does not hold for men, who are granted moral agency and the capacity to learn from their mistakes. The outcome is a world that serves as a testing ground for men, with women as obstacles or at best mediators between men and a virtuous life. But in spite of this rigid frame, many stories employ humor and ambiguity-for instance by casting men in guileful roles-to grant a more nuanced view of social and gender relations. von Sayers, David Selim