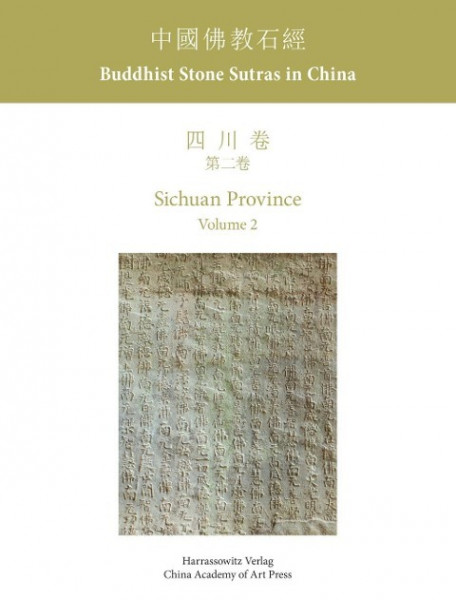 The Buddhist sutra inscriptions in cave chapels at the Grove of the Reclining Buddha (Wofoyuan) are almost unknown outside China. This second volume on the site presents the sutras in caves 29 and 33. Engraved in cave 29 are four of the twelve chapters of the Sutra on the Names of the Buddhas (T#440). Differing from woodblock printed versions, the task of the carvers is here indicated by recording the numbers of names that they accomplished. Engraved in cave 33 are scrolls 11 and 12 of the Consecration Sutra (T#1331), the Dharani Sutra of the Six Gates (T#1360), the Deathbed Injunction Sutra (T#389), the Sutra on Renouncing the Householder's Life (T#202), and the Diamond Sutra (T#235). These text versions offer completely new insights into Buddhist scriptural transmission and practice. The engravings are fully reproduced in detailed high quality photographs. All engraved texts are transcribed for the first time. The scholarly apparatus notes textual variants and variant characters in the calligraphy. A conspicuous common feature of all texts in the two caves is their performative character and their liturgical use. Death is a common theme, as it is powerfully enacted and made visible in the giant sculpture of the Reclining Buddha directly opposite the two caves. The individual sutras are analyzed in separate essays. Annotated English translations are provided for the Dharani Sutra of the Six Gates and the Sutra on Renouncing the Householder's Life. The volume is in Chinese and English. von Tsai, Suey-Ling;Sun, Hua;Ledderose, Lothar;